Byline Fluidity: How the Pittsburgh Courier’s Evelyn Cunningham Used Civil Rights Stories to Navigate to the Front Page from the Women’s Pages 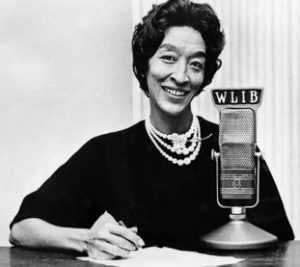 Byline Fluidity: How the Pittsburgh Courier’s Evelyn Cunningham Used Civil Rights Stories to Navigate to the Front Page from the Women’s Pages In-Person

Dr. Pamela Walck of Duquesne’s Media Department will speak on the Pittsburgh Courier’s Evelyn Cunningham, who wrote for the women’s pages but was a pioneer in her own right and traveled to the Deep South to report on the Birmingham five and other major civil rights trials across the South. Nicknamed “Big East” for her towering, slim figure and her New York City chic, she had been working in the Courier’s Harlem office as a rewrite girl and unbylined features writer on the weekly’s popular women’s pages when Isiah Nixon, a Black man in South Georgia, was brutally murdered for casting a ballot in the 1948 primary elections. Her stories, a series that ran during the Christmas holidays of 1948 and into early 1949, would push Cunningham from the obscurity of a rewrite girl to the front pages of the Courier—and into an early civil rights story that would dominate headlines in the Pittsburgh weekly and beyond. It would springboard her career from anonymity to a bylined reporter on the front page of America’s leading Black press in an era where few women—Black or white—were getting bylines on the front page. This discussion will follow Cunningham’s unlikely journey from newspaper obscurity to the author of some of the biggest news stories of the early civil rights movement. It will also explore how she parlayed this popularity into a career as a columnist on the Courier’s women’s pages—all the while grappling with where she fit into mid-century feminism.

Smoketown Chapter 9: The Women of “Up South”